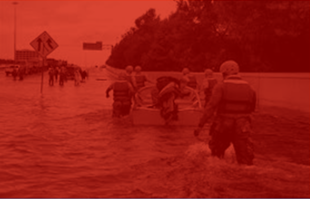 Here’s a scenario to chew over:

It’s 8 a.m. on a chilly December morning. President Trump at his desk in the Oval Office, hard at work watching Fox and Friends. The first of his 12 daily Diet Cokes is in one hand, the twittering fingers of his other hand perched over his phone.

Suddenly, National Security Advisor H.R. McMaster bursts in with Vice President Pence, CIA Director Pompeo and, what the heck, Jared Kushner. McMaster informs the President that the NSA has picked up chatter about an ISIS plot to attack a major U.S. city in the coming days with a powerful nuclear device. The death toll could be in the tens of thousands, millions left homeless, the economy rocked.

The Vice President asks McMaster what the odds are that this chatter is real. McMaster responds that, of 100 security analysts he asked, 97 believe the ISIS plot is likely to happen. Only three cast doubt on the intel.

What does the President do?

After tweeting out something in ALL CAPS about KEEPING AMERICA SAFE and BUILDING THE WALL, one would expect him to direct his administration to do everything in its power to stop the attack.

In fact, were it to get out that the President was informed of the high probability of an attack and did nothing, the calls for his impeachment would grow louder. And arguing that he did not act because the security assessment was not unanimous won’t hold water. After all, if there is one thing that (most) Americans can agree upon, it’s that protecting the public from serious, genuine threats to their safety and security is a legitimate role for the federal government.

This is why this week’s announcement that the Trump Administration is removing climate change as one of the global threats to the country’s national security is so absurd.

In essence, the White House has made the decision that a serious, genuine threat to the country’s safety and security is not a real problem at all. (Just imagine for a moment if former President Obama had removed ISIS from the list of threats to the country. We can name at least one compulsive Twitter user who would’ve gone nuts over that.)

There really should be no dispute that climate change is a serious, genuine threat. Serious, in that the Defense Department itself has identified it as something that keeps them up at night, stating in a 2015 report to Congress that:

climate change is an urgent and growing threat to our national security, contributing to increased natural disasters, refugee flows, and conflicts over basic resources such as food and water. These impacts are already occurring, and the scope, scale, and intensity of these impacts are projected to increase over time.

And the threat is genuine, demonstrated by the fact that 97 percent (if not more) of climate scientists agree that the climate is changing due to human activity.

No, 97 percent is not 100. But if 97 out of 100 firefighters told you your house was on fire, will you listen to the three naysayers and go back to watching The Voice?

Apparently, the Trump Administration is. And while the public (and hopefully Congress) would revolt if they learned that the President had rejected the view of 97 percent of security analysts, the White House’s rejection of the consensus of 97 percent of climate scientists is met with a shrug.

Partly that’s due to the fact that terrorism is more visceral. We can more easily tie a terror attack to the perpetrators than we can attribute a natural disaster like the California forest fires or Hurricane Harvey to climate change. And while hearing of a terror cell broken up provides an immediate (albeit short-lived) sense of relief, we don’t get the same feelings from efforts to slow the impacts of a changing climate.

Perhaps it’s time, then, for some reframing.

In 2006, journalist Ron Suskind released The One Percent Doctrine, a book about the Bush administration’s fight against al-Qaeda. The title came from an anecdote in the book where then-Vice President Cheney articulated his approach to dealing with the threat of terrorism:

“If there’s a 1% chance that Pakistani scientists are helping al-Qaeda build or develop a nuclear weapon, we have to treat it as a certainty in terms of our response.”

The administration was criticized for the notion of taking decisive (and probably deadly) action based on just a one-percent risk; substituting a “hunch” for clear-eyed analysis and concrete evidence has disastrous ramifications (see “Iraq, 2003-?”).

But most sensible observers would agree that the consequences terrorists building nukes necessitates action even when 100-percent certainty is unattainable. If there was a 25 percent chance that a terrorist group was planning a devastating attack, would that be a high enough risk to take action? What about a 50-percent chance?

Or, more to the point, what about a 97-percent chance?

We understand the impacts of climate change – rising sea levels, more ferocious storms, droughts, resource deprivation, loss of life and property, and ultimately political instability – as well as we know the ramifications of a major terrorist attack.

So perhaps in the future, those who believe climate change is a threat need to adopt the “97 Percent Doctrine.”  Let the public know that there is a 97-percent likelihood that in 20 years their favorite beach destination will be underwater. A 97-percent chance that their community will be devastated by a Category 5 hurricane. A 97-percent chance that their children will inherit a lifestyle crippled by violent storms, political instability, and food shortages. If the public is willing to endure long lines at the airport to guard against a small chance of a terror attack, they should be willing to accept changes based on a 97-percent chance of an unstable climate.

If it sounds like fear-mongering, it’s not. The threat is real. It’s time to talk frankly and vividly about it.

One thought on “Ignoring Threats is Bad for Our Health”