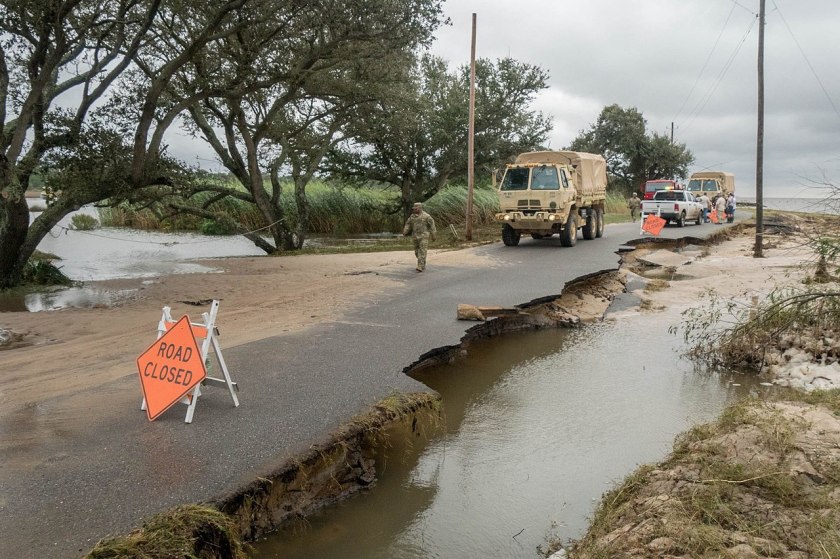 As you might have heard, President Trump released a “$1.5 trillion” infrastructure plan on Monday, a topic the President himself finds “sexy.”

Sexy or not, the plan doesn’t deliver what it promises. The $1.5 trillion in funding is really $200 billion, with the hope that it spurs an additional $1.3 trillion from cash-starved states, localities and the private sector. It’s not unlike handing your betrothed a lump of coal and telling her there’s a diamond ring in there somewhere.

In fact, it’s not even $200 billion, since the budget proposal the White House also released this week envisions cutting almost that exact same amount from transportation and other infrastructure programs. So the plan to devote an additional $1.5 trillion to fix our roads, bridges, rails and more is really a plan to add . . . zero.

Nonetheless, it is a plan, and since Congress these days is in a deficit-be-damned mood, we very well may see a real plan to spend more on infrastructure. Taken at face value, the Trump plan has some good elements, notably strengthening existing loan and bond programs that have a track record of working, and some not-so-good ones, such as allowing the Interior Department to approve natural gas pipelines that cut through national parks.

But the one thing that’s missing from the plan is nearly any recognition that the nation’s infrastructure is increasingly vulnerable to natural disasters and the impacts of climate change. In fact, the words “resilience” and “disaster” are not mentioned once in the document.

This is the case despite the fact that weather-related events in 2017 alone cost the country a record $306 billion, a good chunk of it in damaged or destroyed infrastructure.

And despite the fact that the threats to infrastructure due to a changing climate are already well-known, as the 2014 National Climate Assessment points out:

Sea level rise, storm surge, and heavy downpours, in combination with the pattern of continued development in coastal areas, are increasing damage to U.S. infrastructure including roads, buildings, and industrial facilities, and are also increasing risks to ports and coastal military installations. Flooding along rivers, lakes, and in cities following heavy downpours, prolonged rains, and rapid melting of snowpack is exceeding the limits of flood protection infrastructure designed for historical conditions. Extreme heat is damaging transportation infrastructure such as roads, rail lines, and airport runways.

And despite the fact that research shows that investing in resilient infrastructure can save money; a 2018 study from the National Institute of Building Sciences found that “mitigation funding can save the nation $6 in future disaster costs, for every $1 spent on hazard mitigation.”

True, the White House plan is just that: a plan, and not fleshed-out legislation. It is by design a starting point in the discussions, and not every little detail was included.

But it’s long past time to think of resilience as a “little detail.” It makes absolutely no sense to spend trillions of dollars to fix roads, bridges, water systems, schools and more without making sure that they can withstand whatever nature throws at them.

Hopefully Congress can see its way to weaving resilience into the plan, by requiring federal dollars be spent on projects that take climate adaptation into account and prioritizing projects that address threats from rising sea levels, drought, forest fires and other hazards.

If not, the plan really will be nothing more than a lump of coal.